My 5th of the Years at Coors. 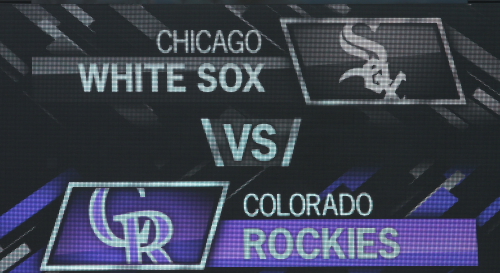 Making this one short just look at the photos really did not feel like writing about this blood bath!

Charle Culberson turning a double play in the 1st inning getting Adam Eaton out at second and José Abreu at first.

Eric Young high fiving the crowd when heading to first base.

It is really cool but still not Lach’s spiel.

Jose Quintana was the starting pitcher for the White Sox and was better than Morales. 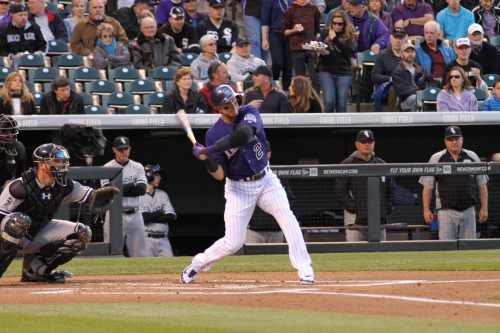 Tulo taking a swing during his at bat in the first. 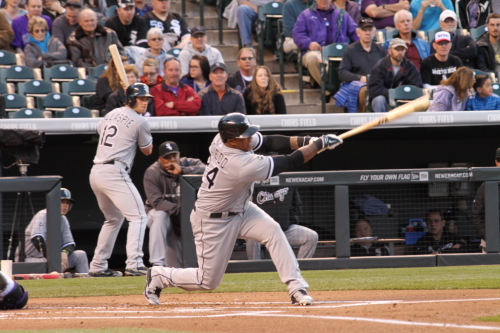 Dayan Viciedo  takes a big swing during his 2nd inning at bat. 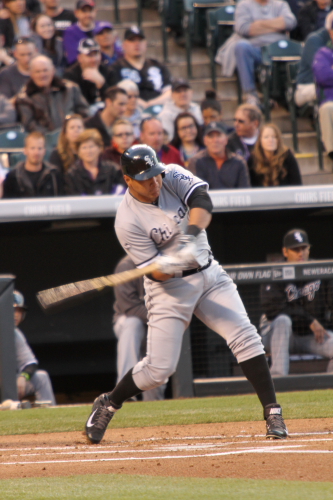 Avisail Garcia swing for his 2nd inning home run. That gave the White Sox a 1-0 lead. Tyler Flowers 2 run shot 2 batters later gave them a 3-0 lead. The White sox got a 4th run in the 3rd inning.

The Rockies scored their 2nd run in the 6th Brandon Barnes scored on a Tulo double.

Tulo’s biggest fan applauds at second base after the double!

The first Rockies run was on a Michael Cuddyer solo HR in the 4th. 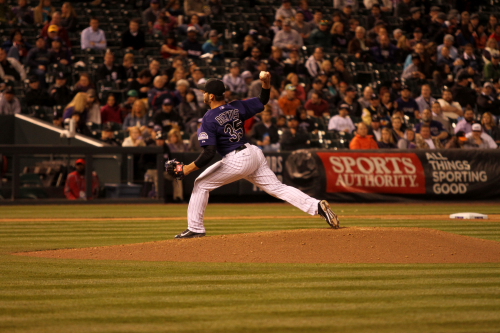 So when you think the pitching could not get any worse here come the relievers!!! Chad Bettis came into pitch in the 7th and did not pitch much better then Morales. Jose Abreau hit a homer off him to give the White Sox a 7-2 lead. The White Sox just destroyed Wilton Lopez in the 8th inning. He faced 10 batters in the inning and gave up 6 runs. Tommy Kanhle pitched to 1 batter Alexi Ramirez to finish the inning.

Marcus Siemen slides back to first on a Jose Abreau fly-out to right field he almost got to second where Adam Eaton was standing and did not run on the hit to right field.

Justin Morneau try’s to get a 2 out Rally going in the 9th. The Rockies only needed 12 runs to tie the game!

They were down 15- 3 and that was the final score. The Rockies pitching gave up a total of 6 home runs. That is more home runs in the game then the White Sox hit all of batting practice.

Charlie Blackmon pinched hit in the 9th with Morneau on first and popped out to Ramirez at short to end the game.

Ramirez making the last out of the game to stop the bleeding.

On a better note looks like Tyler Chatwood should be back with the Rockies over the weekend he pitched a rehab game with the Sky Sox against the Round Rock express he went 6.1 giving up 1 run and 5 hits striking out 8. Think he could have just came back and pitched better than 3 of his counterparts that pitched this game.

That is it for this one I will recover from this blood bath and be at the Final game against the White Sox.